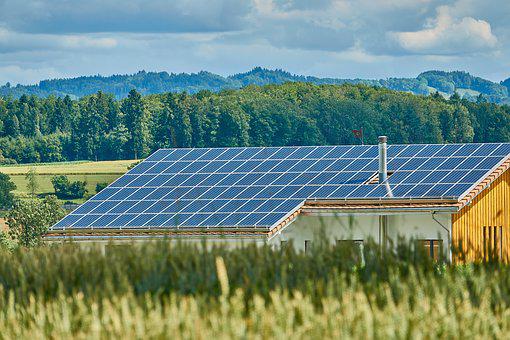 The U.S. ambassador to Mexico, Ken Salazar, once said, “I think the future for solar energy is bright.” He’s not alone in that sentiment! Utility-scale solar plants, along with residential solar array systems, are forging the way for a solar future.

Solar energy is becoming more cost-effective and more prominent among homeowners. In fact, by 2030, it’s projected that more than one in seven homes will have a rooftop solar photovoltaic system. That’s the residential scale; solar energy is also growing on a large and utility-scale basis.

What Is Utility-Scale Solar Energy?

When you think of utility costs, you probably think of energy and water. Utility companies provide energy that the customer must pay for. Utility-scale solar energy is essentially a power plant that runs on solar energy.

These solar power plants are enormous, often taking up several acres of land. They also produce immense amounts of energy, ranging from one megawatt to upwards of ten megawatts. The energy generated by solar power plants is usually used off-site, so utility-scale solar companies need a way to store and transfer the energy that the solar arrays generate.

What Type of Solar Arrays Are Used for Utility-Scale Solar Energy?

Two main types of solar energy arrays are used in utility-scale solar energy: photovoltaic (PV) and concentrated solar power (CSP). PV arrays are your typical solar panel installations, just amplified to a much larger scale. CSP arrays are different. They consist of hundreds of special solar mirrors that direct sunlight into a central collector. CSP arrays are more expensive than PV arrays and are less common because of that.

Who Benefits from Utility-Scale Solar Energy?

Should You Put in Your Own Solar Power?

Utility-scale solar energy allows the customer to purchase solar energy from a utility company instead of installing their own solar array system if the circumstances prevent solar ownership. Whether you should install your own solar array depends on several factors, including your energy output, where you live, and your budget.

If you’d like to discuss your solar energy options, contact us at Sunshine Renewable Solutions. We’re one of the best solar companies in Texas, thanks to our talented team of Houston solar installers.