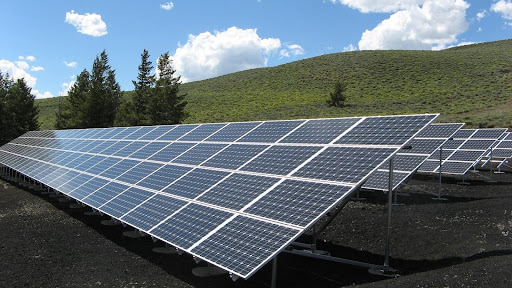 Shipments of solar inverters and optimizers are expected to increase, with 2022 seeing the highest sales in inverters that we’ve seen since 2019. From here on out, shipments are projected to steadily increase, reaching 150,000 shipments in megawatts alternating current worldwide in 2025; but, what are solar power inverters?

What Are Solar Power Inverters?

Solar power inverters are a critical piece of equipment used in a solar energy system, and no system could function without one. They take power generated by the solar panels (DC, or direct current electricity) and convert it to a usable form of electricity (AC, or alternating current electricity). Inverters belong to a larger group of electronics called power electronics, which ensure that power flows properly, smoothly, and without damaging surrounding electrical equipment.

Inverters rapidly switch the direction of a DC input back and forth to accomplish an AC output. The first inverters ever created were made in the 19th century and had spinning motors to change the direction of the current. The electrical switches are made out of transistors that don’t have moving parts, and they respond to outside electrical signals to direct the flow of electricity.

-Click the Link to Learn About The Incredible Performance of
SolarEdge Inverters!-

In household solar systems, inverters can have multiple functions. They convert solar (DC) energy into AC power, monitor systems, and act as a communications portal. If you have a hybrid converter, it can even operate without support from the grid if there’s an outage.

Inverters can come in various forms; here are the three most popular ones for residential and commercial purposes:

Other types of inverters include:

If you’re looking for companies to install solar panels, Texas has some of the best in the business. However, you must know what to look for on your hunt for solar companies in Texas so you won’t get burned (pardon the pun). The solar company you choose should have experience, use high-quality materials, and offer after-sales service to ensure your system functions at peak efficiency.

Sunshine Renewable Solutions is one of the highest-rated Houston solar installers in the business. We are a residential and commercial solar company that prides itself on installations that don’t come with callbacks.

We only hire certified and experienced technicians who are up to date on the latest solar systems and technology. Because we work with the best and only install reference-level equipment, you can be confident that your system will last for decades, requiring only standard maintenance.

Please contact us with any questions regarding solar power inverters or to get the conversation started and learn how solar can help you.