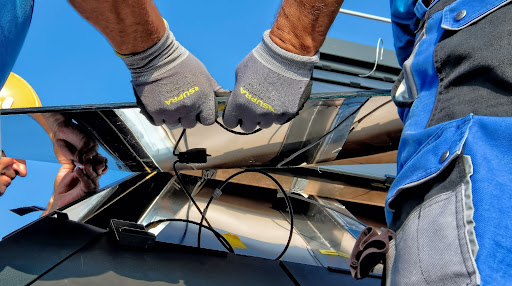 When deciding on a residential or commercial solar company, most people have many questions that we expect to hear, especially when they’re discovering solar for the first time.

Surprisingly, we sometimes get clients asking about the different types of inverters and why they matter to the system’s overall performance. We often hear, “What’s the difference between a solar inverter vs normal inverter?” We appreciate people trying to learn all they can about solar energy cultivation as we work with them to install systems.

This blog is a prime opportunity to provide quick and simple lessons on the basics of solar power systems. This piece will focus on solar inverters vs. normal inverters.

It’s important to be aware of the differences between standard electrical inverters and solar power inverters. Despite what each piece of engineering may look like on the outside, there’s a discernible difference between the processes of generating electricity from the two types of inverters.

In general, power inverters convert Direct Current (DC) to alternating current (AC) with switching, transformers, and sine-wave corrections. Properties of all types must transform DC power to AC power for use with appliances, electronics, and everything in between.

A solar inverter is a pivotal piece of the solar energy cultivation system; it is synced with solar panels, switching circuits, a blocking diode, batteries, and a charge controller. It takes the DC power generated by the solar panels, converts it to AC, and syncs the power with the rest of the solar power system, which may be tied to the grid or not, or even tied to backup battery storage. Solar inverters do not need to be tied to a battery to function.

Click the Link to Learn More About the Highly Regarded SolarEdge Inverters!

The Standard or “Normal” Power Inverter

Vice versa, charge controllers regulate the current and voltage from the solar panels to the battery. In other words, it works in contrast to a blocking diode by making sure the battery doesn’t overcharge.

*Please remember that this overview is a very rudimentary description of how these two inverters function. Each can have an array of different operations depending on the design, features, and output capabilities.

There’s Always Some to Learn When It Comes to Solar

We understand that there’s a lot to learn regarding solar panels and solar energy systems. We’re more than happy to educate our clients on how their systems work and help grow the sustainable energy revolution.

If you have any questions regarding the Texas solar market, residential or commercial solar installations, as one of the premier solar companies in Houston, we’d be happy to start the conversation!