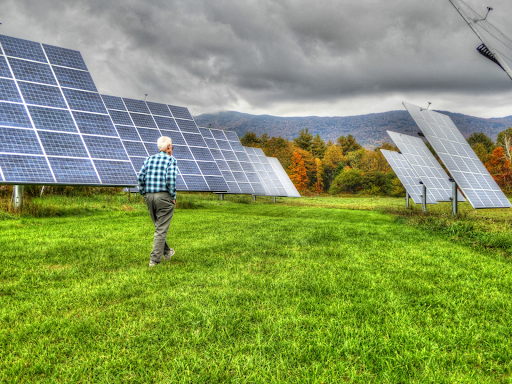 With the current energy crisis and gas prices soaring, people are turning to alternative forms of energy as quickly as possible. For stationary power, solar panels are quickly becoming a popular addition to roofs all around the country, especially in sunny states like Texas.

Why is solar energy so popular these days, and why should you make the switch? What’s the value proposition of solar energy vs. coal-produced energy?

Solar Energy vs. Coal  – The Statistics

Generally speaking, solar energy outshines fossil fuels in several ways, but we’ll break it down into three categories for now:

Fossil fuels have always been inexpensive to obtain and easy to ship worldwide. Because coal and oil reserves are relatively plentiful, and they work 24 hours a day regardless of the weather, these energy sources have remained a popular choice.

But, fossil fuels are always subject to pricing fluctuations because of geopolitical relations and supply vs. demand during different times of the year.

However, despite initial installation costs, solar panels are relatively low-maintenance and generate energy independently, making them an overall cheaper option in the long run.

The IEA states that accelerating the shift to renewable energy is vital to preventing further damage from global warming.

Solar energy requires space and sunlight to work, and solar farms can take up lots of space. While the Biden Administration and the IEA are looking into alternative forms of renewable energy, solar panels are currently relegated to powering the sunniest states.

Learn About the Best Solar Battery Backup System for Your Home

So, what’s fueling this shift to solar energy? Aside from the obvious push for renewable energy as a means of helping the environment, there are a couple of other reasons why more property owners are making the shift:

To start, the nation is currently in the midst of an energy crisis. While fossil fuels were previously cheaper to obtain than setting up a solar farm, recent political events and foreign relations with Russia and Ukraine have made it harder and harder to import fossil fuels.

In addition, fossil fuels are a limited resource, and reserves will run out eventually.

In the United States, the Department of Energy provides homeowners that use solar energy tax credits in the “Federal Tax Credit for Solar Photovoltaics” initiative. This program will help cover the cost of solar panel installation and upkeep, as well as provide some financial help to people with solar panels installed.

On a local level, cities like Houston, Texas, also provide citizens with monetary incentives to install solar panels. Solar panel installers and solar companies in Texas are helping homeowners learn about the federal and state incentive programs for switching to solar.

Overall the matchup of solar energy vs. coal is a clear-cut choice; coal and fossil fuels have had a few centuries of providing the world with energy, but we have better, cleaner, more sustainable solutions now that all of humanity should take advantage of.

To learn more about solar, please contact us today!