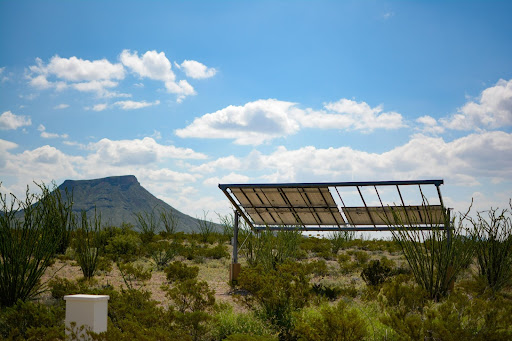 Large tracts of flat land and hours of uninterrupted sunshine are the perfect recipe for generating solar power. Available in abundance in Texas, the state is setting the pace for the rest of the country in renewable energy. Solar energy in Texas is making a statement.

Texas currently has 13,844.9 MW solar installed, ranking 2nd overall in solar installations in the United States. In addition, 3.37% of the state’s electricity is supplied by solar power, enough to power over one million homes.

In July 2020, Texas became the home of the largest solar project in the US, and this project will generate 1310MW of solar power. In addition to this new solar project, there are several other large-scale solar power plants in the state.

The solar energy market in Texas will continue to grow, with projections to exceed 23MW of solar power over the next five years. Texas residents need access to high amounts of energy for cooling and heating their homes. Blazing hot summers and colder winters place a significant demand on energy providers. Plus, more residents desire cost-effective, environmentally conscious choices.

– Learn About The Incredible SolarEdge Inverter! –

Texas is ideal for generating solar energy. El Paso has 84% average annual sunshine, and overall, Texas ranks in the top ten states with the most sun. Lots of consistent sunshine across the state produce high-yield outputs from solar panels. The second-largest state in the US, Texas, occupies massive territory with abundant plains and large open tracts of land, geographically ideal for large solar panel installations.

Texas is becoming a tech hub, and some say Austin may be replacing The Bay Area as the new Silicon Valley. The state ranks number one in the best places to start a business, and this high ranking is attributed to a large share of engaged workers and over 11% growth in the number of small businesses.

Texas ranks high in employment specializations, is very digitized, and has extensive incentive program spending. As the tech culture grows in Texas, the need for energy grows, placing Texas in an ideal position to grow as a solar energy leader.

The economy in Texas is growing along with solar energy plans. Even after the 2021 winter storm that had the potential to wreck the clean-energy surge, Texas will see record amounts of solar capacity in the coming years.

If you are looking for Houston solar installers, Sunshine Renewable Solutions is an experienced residential and commercial solar company. We proudly serve the Houston area and beyond; we are happy to consult with you as you explore solar energy in Texas and learn what system is best for your needs.

Please contact us today with any questions you have about Texas solar.