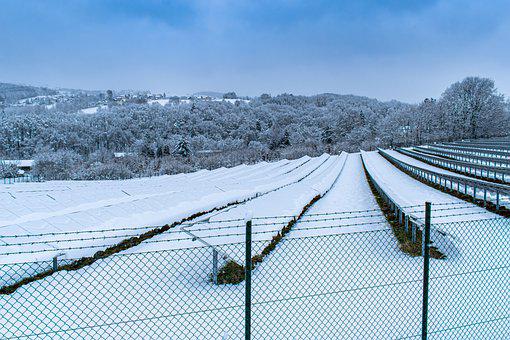 Does snow on solar panels matter in terms of performance? Let’s examine this question.

Solar panels perform better in areas rich with bright and sunny days. The concept is straightforward: solar panels can collect more UV rays and produce more energy when there’s more sunshine. We tend to believe that certain regions of the country are sparred cold weather events, like hail and snow. But, even hotter states like Arizona and Texas can receive their share of snow – unexpectedly. But what about snow on solar panels?

Believe it or not, Flagstaff, Arizona, receives upwards of 100 inches of snow annually. Nowhere in Texas receives that much snow. But, as Texas residents likely recall, there was an instance in 2021 when a winter storm hit the state. Winter storm Uri struck Lone Star State in mid-February of 2021, contributing to frigid temperatures and unprecedented snowfall.

The unexpected cold temperatures created a colossal spike in electricity use that the Texas grid was unprepared for, and millions of Texans lost power. The utility companies instituted rolling blackouts to ease some of the strain on the power grid. Freezing temperatures caused many water pipes to burst. The storm caused at least 210 deaths and an estimated $80 – $130 billion worth of damage.

Snow on Solar Panels – How Solar Arrays Could Have Helped

So, you’re probably wondering, “If I have a solar array, will snow on solar panels impact  the system’s performance?” Solar panels can still generate electricity if covered by light snow, and the snow itself will not damage the panels. If you’re concerned about not generating enough power for your home during a storm, a battery backup system can put that worry to rest.

By investing in a system that allows you to collect energy from the sun and store it for later use, you never need to worry about the lights and appliances going out.

As far as performance goes, Houston solar installers will tell you that solar panels can work more efficiently in the cold than in extreme heat; this is because electronic devices can overheat and lose efficiency. These electronic components are less likely to overheat when it’s colder.

Solar panels are also installed at a set angle, so most snow naturally melts and slides off quickly. Also,  the panels’ dark color will heat the snow and encourage it to melt. The one exception to this is heavy snow.

If there’s a thick layer of snow on your solar panels, they won’t be able to collect sunlight. However, that problem is easily remedied. You can take a roof rake or soft-bristled broom and lightly brush the snow away. If you don’t feel comfortable performing these tasks, it’s best to call a professional.

Having a solar array system can not only help you save money – it could be the difference between having heat or being forced to endure freezing temperatures when there’s a power outage.

If you’d like to be prepared this winter, contact us at Sunshine Renewable Solutions. We’re one of the best solar companies in Texas!

Call us at (832)280-8838 to learn more about snow on solar panels, solar array system performance and receive your free solar estimate!