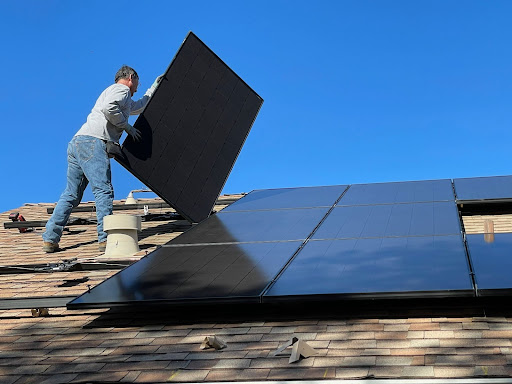 Many of us have a basic understanding of how solar energy works, but do you know why solar panels can generate electricity in the first place? Well, to put it simply, it’s thanks to solar cells, otherwise known as photovoltaic (PV) cells. But, how do photovoltaic cells work?

A lot of science goes into this seemingly simple process, however, it’s important to understand the basic concepts and functions of PV cells before installing solar panels. You’ll have a much greater appreciation for solar energy if you can grasp the amazing science behind the power.

So, how do photovoltaic cells work? Here’s a breakdown of how they function:

Also known as a solar cell, a photovoltaic (PV) cell is a form of electricity generated by particles of lights known as photons. Discovered by French physicist Edmund Becquerel in 1839, PV cells weren’t truly utilized until the 1960s with the implementation of satellite technology. PV cells are the backbone of solar panels that we see today and continue to be the driving force behind sustainable energy production.

How Do Photovoltaic Cells Work?

The photovoltaic process begins with a thin, semiconductor wafer that creates an electric field. One side is positive, while the other is negative. From here, light energy (UV rays) hits the solar cell and knocks atoms loose from the semiconductor. If electric conductors are attached to the negative and positive sides, this forms an electrical current. Thus, electricity is created from captured electrons via the electric current; this is how electricity is created from the cells within the solar panels.

Efficiency refers to the ratio of electrical energy produced by the cell, depending on how much sunlight it absorbs. Efficiency is measured by combining cells into modules before being assembled into arrays. The final panels are tested in front of a solar simulator that impersonates optimal sunlight conditions. Solar panels have come a long way since they first appeared on the consumer market over 30 years ago. Solar panel efficiency and solar energy system output is far more efficient today than it ever was before.

-Learn About the Amazing Engineering and Performance of SolarEdge Inverters!-

Semiconducting material paired with multiple PV cells compacted together is what forms the solar panels we see on residential homes and commercial buildings. Solar panels wouldn’t exist without PV cells, and it goes without saying that solar companies in Texas wouldn’t either. At this point in time, solar panels are humanity’s best solution to harness the sun’s energy, and it’s all thanks to PV cells.

If you’ve been interested in installing solar panels of your own, Texas is one of the leaders in sustainable energy, and Texas solar is a market that will only continue to grow. If you’re a business owner, make sure you hire an experienced, licensed commercial solar company for installation. Sunshine Renewable Solutions prides itself on being one of the best solar companies in Houston.

To learn more about solar panels and solar energy systems, please get in touch with us today!