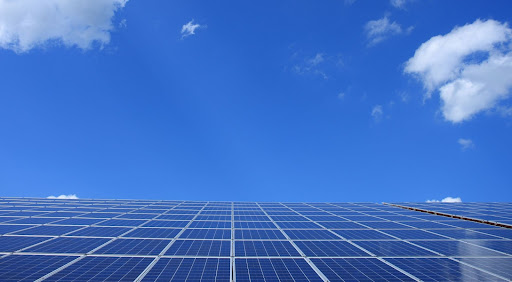 Solar power is not only a sustainable source of energy and wise investment, but it’s also fascinating to learn about, even if you’re not big into science! This is why we wanted to share some fascinating facts about solar energy.

Professionals design and install solar panel systems, but it takes the collective effort of scientists and engineers to make the energy cultivation process a reality. Here are five facts about solar energy in Texas and across the nation!

The Mojave Desert in California is home to the world’s largest operating solar thermal energy plant, the Ivanpah Solar Power Facility. The plant is famous for concentrating solar power (CSP) technology; this is accomplished through tracking mirrors known as heliostats that direct solar power onto boilers. The boilers create steam that initiates turbines that produce electricity. Since its inception in 2014, the plant has developed a gross capacity of 377 megawatts (MW).

Solar power continues to increase in popularity. In fact, the solar energy industry is predicted to grow by 20.5% from 2019 to 2026. Demand continues to rise because of the benefits of choosing solar energy. Some of these benefits include reduced energy costs, decreased carbon footprint, and getting off the wavering prices of the grid. With the number of financial benefits of solar energy, demand is expected to increase continuously.

Without solar insulation, the water cycle wouldn’t succeed. It all begins with the earth’s atmosphere and oceans absorbing solar radiation. Convection is created when temperatures increase, and warm air rises out of oceans; when the air reaches the atmosphere, condensation of water vapor results in the clouds you see in the sky. Clouds create precipitation that brings water back to the earth, restarting the water cycle.

Facts About Solar Energy – To Power the World, We’d Need A Lot of Solar Panels

As the technology stands today, in 2022, it is estimated that we would need 51 billion solar panels, which is roughly 115,625 square miles of solar PV cells, to produce the energy to power the entire world. Now, when we consider the size of the entire planet, that’s not very big. But, it’s roughly the size of Arizona.

Texas is the 2nd leading provider of solar energy in the U.S, and it powers approximately 1,777,177 homes within the state. As of 2021, data recorded by SEIA indicates that 3.37% of the state’s electricity is powered by Texas solar panels. They have also recorded 10,088 new jobs and 508 new solar companies with the rise of renewable energy. With the increased demand for solar power in Texas, prices have decreased by 4% over the past five years.

Sunshine Renewable Solutions prides itself on being one of the best solar companies in Houston!.

Contact us to learn more facts about solar energy, and going solar with our services!